On bike at Family and Health Week 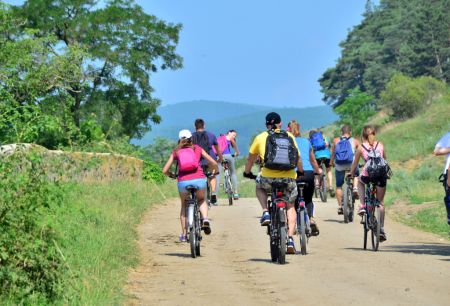 Green Sun Association organized a easier bicycle ride on the road Nemira on June 25 for families. Photos from the event are available on the Facebook page of the association.

35 people attended and following markings C started in front of the Stadium in Sânzieni direction, where they visited the Church of St. Stephen builded in 13 th century, after which they stopped in Poian at  mineral water factory currently inoperative but was one of the first factorys producing mineral water  even in the 19th century. From the fountain still functioning participants filled their water tanks, then via Belani, Valea Scurtă, Estelnec, Ciomortan, Mereni reached Lemnia where they rested. Manna Christian Association waited the cyclists for a hot meal after which participants had the opportunity to watch a short film about the road Nemira. 13-minute narrative film in Hungarian and English subtitles was conducted in 2013, whose protagonist Ieva Brikmane discovers the region through the eyes of a tourists passing through the green way.

About Nemere Trail you can find more detailed information on the web address of the road nemere.zoldnap.info 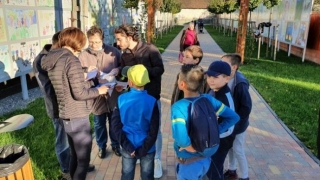 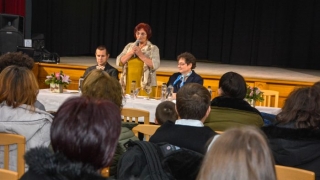