Hunting the treasure, biking the road

With a lot of energy and good weather, on Saturday 13 September 2014 the Green Sun Association organized a very successful event called "Treasure Hunter". To participate the only requirements were to have a bike and want to have fun. Participants were inscribed by teams of 2 to 4 people, with at least one adult. The day was sunny and the time pleasantly accompanied the cyclists during the two days of event. Around 12 noon the participants began to arrive at the meeting point, in front of the Stadium. Counting between participants and organizers, a total of 42 people mobilized for the event. There were a total of 10 participating teams, resulting one winner. In the meeting place the bases of the game were established for participants and organizers were distributed as planned. Since many people were to start from the same point, the groups were divided, and 5 groups started the event from Fortyogo and five from the museum. The name of the participating teams is: Jókedvűek, Bike Forever, B.Á.R., Szemfülesek, CSK1, Kerekes kalózok, Aranyások, Senso, T.B.T. and Kicsi Team. The teams were given a map at the beginning with which could move and follow the clues that led to the end of the event. Along the route groups exceeded different trials to get the points needed to win. Between this trials we have as an example the exact location of certain photographs taken in Kézdivásárhely. With each photograph located and certified they got 1 point. Similarly, different treasures were to be found along the way to score more points. In this way the event was held over 3 villages, Kézdivásárhely (Fortyogó, Molnár Józsiás park and the Museum), Ikafalva and Futásfalva with great weather and good company. Around 5 pm the groups were reaching Ikafalva where the event finalized along with other trials that the groups had to overcome to accumulate more points than brought into the victory. Finally in the evening groups in the third, second and first position were communicated. Groups and organizers had dinner and stayed overnight in the Reformed Church of Ikafalva and the next morning they set out to make the way back after breakfast. The return journey was not direct but a detour was given to enjoy the autumn foliage emerging and enjoy refreshments by the way. In total, during the two days of the event, biked 61 km with a height difference of 88 meters. A challenge and a well deserved achievement witch was rewarded with a title for all participants and a prize for the winning team (Bike forever) was delivered on Monday, September 15th at the Profi rádió. If you want to know more about the activities carried out by Zöld Nap Egyesület you can follow us on Facebook: https://www.facebook.com/egyesulet.zoldnap?fref=ts See you on the next adventure! 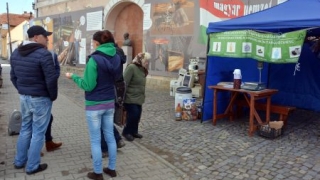 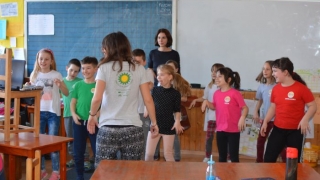