Nemere Trail, one of the best ecological project in the country!

The first civil gala initiatited by Catalin Lazar referent at the Covasna County Sport and Youth Directorate was organized by the Ministry of Youth and Sports, Ministry of Education, Covasna County Sport and Youth Directorate and the Covasna County Council. More than 120 projects were received on national level and the jury of 18, considered the Greeen Sun Associaton`s project based on the Nemere Trail was one of the best and most innovative project. Csibi Magor juror in his speech pointed out that the Green Sun Association`s projects delighted him and deeply appreciated the projects carried out by the association. During the gala were awarded in different categories those young’s, and the association`were they activate, who are volunteering or work in projects involving the local community. The association would like to say thanks too the volunteers who contributed to the projects, because without them it would be impossible to achieve our goals. 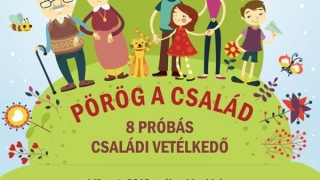