A new year full of achievements!

Friday afternoon Green Sun Association held the last meeting this year when we remembered the long year full of memories we left behind. This year, the association's programs have been continuously and could be found in different parts of our region. After the official opening of the meeting, the president of the association, Ráduly Attila presented the year 2017 broadly. Photos during the meeting are available on the association's Facebook page.

As far as the association's events are concerned, the year 2017 was rich, there was no one month when the association did not come up with something new. At the meeting on December 29, not only we evaluate the year 2017, but also we discussed the future, especially the goals to be achieved in 2018. So will continue next year our traditionally events, but we will also leave space for new ones. During the last part of the meeting the association awarded the most active volunteers this year. Thus the volunteer of the year was named Kónya László (272 hours of volunteering), the second most active Szabó Attila (259 hours) and on the third place Pál Zsuzsanna (184 hours). "I am very happy because we leave behind a great year again. In January, we continue our plans based on the action plan, with concrete and realistic goals"- said the president of the association.

After listening to observations, new ideas, opinions, and after the premiers, the meeting closed with a common celebration. Green Sun Association wishes you a happy new year full of achievements! 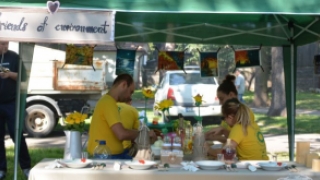 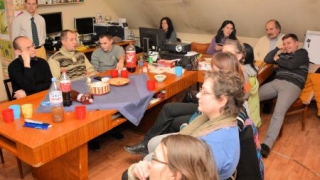