The popular bike treasure hunt was organized for the eighth time 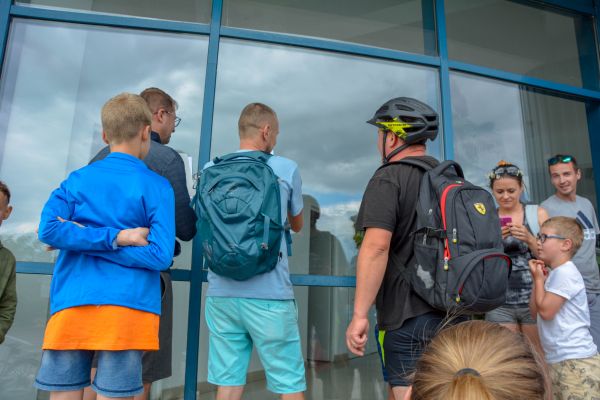 The Green Sun Association, on July 16, organized the bicycle treasure hunt, named  “Elemér a Nemerén”, on Nemere Trail for the eighth time. In total participated 15 teams with 49 people on the Saturday event. The longest route of the treasure hunt was mapped out as about 40 km and the shorter route was 30 km, including the following settlements: Kézdivásárhely, Kézdiszentlélek, Kézdiszentkereszt, Bélafalva, Esztelnek - Kurtapatak - Kézdivásárhely. Photos taken on the treasure-hunting bike tour can be viewed on the association's Facebook page.

The bikers were able to meet not only the mysteries of the sport, but also the beauty of nature, the cultural and unique treasures of the settlements, and the helpfulness of the community. The teams were very varied, with three or four people in one team, regardless of the age group, the treasure hunt give the bikers the opportunity to get away from their personal, everyday life and to build new connections, and friendships. During the treasure hunting, they were able to experience that it is very good to cooperate in a team, to help each other members of their team, to encourage each other when you are faced with challenges (regardless of whether that person is a friend, an acquaintance or a complete stranger.)

The bike treasure hunt was as always a family and child-friendly event this year, with varied tasks to complete. During the compilation of the fulfilled tasks, the primary point of view was that the participants get to know the cultural (city sightseeing, cruise) and natural features of the settlements, gain insight into the smaller and larger communities, and be enriched with information.

In the terms of remunerations, the winner this year was the one team who completed as many tasks as possible and found as many “treasures” as possible on the route. Out of the fifteen teams, the following three teams achieved the most points. The most persistent and skillful team was the “10-es kulcs” team, (Gocz Attila, Pál Botond és Józsa Levente), they were the winning team, they won with 40.5 points in total. The "848" team (Attila Szabó, Attila Balázs and Davit Mamulyan from Armenia) took second place. On the third step of the imaginary podium was the “Ananász” team, whose members were István Imre Szabolcs, Alpár Szabó, Medárd Straua, Zsófia Orbán and László Orbán. The youngest participant of the event, Zsófia Orbán, who has only five years old, was able to take home the mascot character of the event. The winners received bicycle accessories, mugs, T-shirts, books, medals, diplomas, and other small items. After the award ceremony, the event ended with friendly conversations that lasted into the evening.

The supporters of the bike tour were: Kovászna County Council, Bethlen Gábor Alapkezelő Zrt, Senso Kft and the European Solidarity Corps. At the same time, the organizers would like to congratulate and thank all participants for their perseverance and support. See you next year! 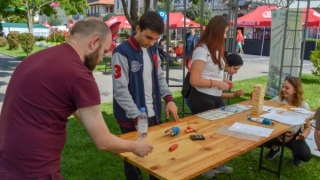 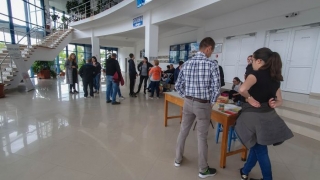