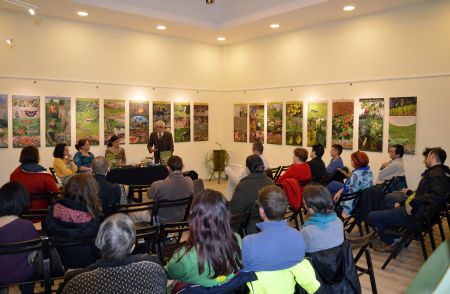 Green Sun Association between  15-17 of  April organized for the 7th consecutive year the Green Spring Days. Photos from event are available on the Facebook page of the association.

The events started on 15th of April with a table tennis championship. After was the award ceremony. The bicycle skill Contest for children begun at 17:00 in front of Polyvalent Hall. Children competed in different categories: preschool, grades I-IV, grades V-VIII and youth. This day ended with the book lunch Háromszék Természetkalendariuma from 19:00 in Vigadó Gallery.

Saturday morning took place the inauguration of the fitness park in Sanzieni, where  a lot from children 7-14 years old took part in different competition’s. The aim was to include children in the spirit of community, the event was a good opportunity to made friendship among participants. They also learned to became more patient, to concentrate, to work together during the 1.5 hour competition. ”There was many children who where  happy for the new, beautiful weekend and there was a little show with the mayor, the kindergartens children and the priest”,- said volunteer in Green Sun Association Helen Diana Tuzson.

Saturday night at 20:00 we enjoyed the music played by Enrique De Paz Miguel and Csoma Attila in Vigado Gallery. Later Enrique shared his expressions: “It was the first concert for me outside in Spain and without Spanish people. Was difficult during the practice with Attila because of language barriers, but music we both understood. During  the  concert I played my own songs and  3-4 song I song in English. I felt very comfortable because people were quite peaceful, kind and try to understand the songs in spite of  the language”.

On the last day, on 17th of April took place several presentations in the Sport Motel.

Sebestyén Tihamér (doktorand) speak about the Waste wood energy recovery in Szeklerland, after Kisgyörgy Zoltán (geologist) teached us how to protect the mineral water sources. Zsolt Bartha (geologist) presented the geological curiositys from Szeklerland. Lázár Nagy-Kincső, soaps and natural cosmetics producer spoke about the use of natural products, how we can protect our skin in a natural way. Silvia Gonzalez Blanco (EVS volunteer), based on her personal experience spoke about Plastic in Ocean. And finally the conference was ended by the presentation of Bálint Erzsébet from Turulmadár Association about their Platform for volunteering between the presentations we could enjoy the nice poems recited by Zalán Bandi. 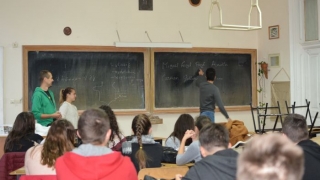