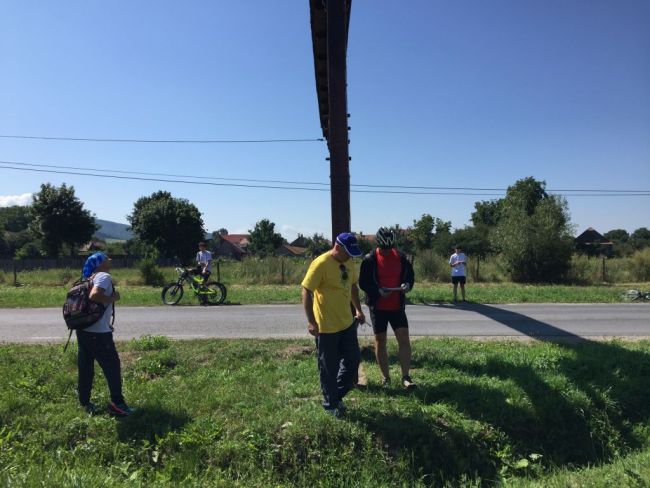 On the 18th of August Green Sun Association organized treasure hunt traditional bike tour/competition, which was taking place for the 5th time already. The event was attended by 31 participants who were previously separated into 8 groups each of them with 2-4 participants who competed against each other to solve the puzzles that led them to the finish line. The teams received maps and instructions before the beginning of the hunt. The participants had to bike trough 5-6 villages before returning to Kézdivásárhely. Firstly they biked to Fortyogó, then to Szentkatolna,Gelence,Hilib, Ozsdola and Sárfalva.

Of the eight teams, the Bálint family from Sepsiszentgyörgy was the winner for this time by more than 140 points. The second place was for Laci’s team and the 3rd place for Kicsi's team. The winners got  t-shirts, diplomas and other little things. The treasure-seeker adventurers were able to relax, discuss the day with each other and enjoy their delicious dinner at Ica Csárda in Kézdivásárhely. Among other things, the event aimed to increase the interest of the population in cycling, emphasizing that by cycling we don’t only practice healthy movement, but at the same time expand the boundaries of our general education and develop our creativity and the ability to work as a team.

Photos of the treasure hunt event can be viewed on the association's Facebook page.