Bike for a good aim!

The Covasna County Community Foundation together with the Green Sun Association on Thursday 21st afternoon organized the fourth round of fundraising - Bike for a good aim! - to which 960 cyclists have registered. Parents with their children, young people, profesionals...everybody could participate. Photos are available on the association's Facebook page.

In the afternoon, around half past three,the people started to come. Each pedal tour was 4.5 km long and costing at least 5 lei, money that cyclists sponsors have paid for the pedaled tours. Thus, cyclists have pedaled 12711 laps,  that is, 48 684 km. The circuit was around Kézdivásárhely and there were 4 meeting points with five of our volunteers in each one. The bikers needed to stop in each stand and collect stickers. They had 3 hours to make as many rounds as posible. Those who collected 7 rounds or more could participate in the draw of three bikes. Each participant received sweets, mineral water, shirt, route map, stamp card.

The Salvatore Association took care of the health and safety of the participants in the event and the Women's Association from Târgu Secuiesc offered homemade cakes to the participants. Everybody could spend a good afternoon, doing sport and enjoying it. So, till the next year and thanks to everybody to participate! 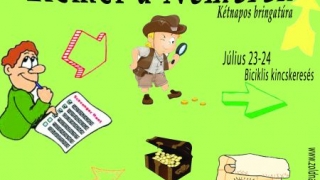 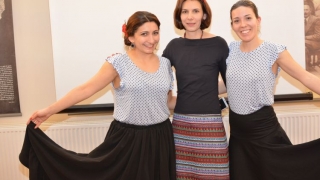