“Give me solider, king!”- upcoming competition organized for the 2nd time at Nagyborosnyó

The national level competiton, called „Give me solider, king!” will be organized again at Háromszék. The competition which enjoyes a great success will be organized at several locations in Kovászna county: Csernáton, Nagybacon, Nagyborosnyó, Vargyas, Kovászna, Kézdivásárhely and Sepsiszentgyörgy. The regional competition will be held during January and February 2013. The tests will test the participants in different fields. The Green Sun Association will conduct the event on 19th February at Bartha Károly high school at Nagyborosnyó. The members of the jury at this round of the competiton will be: Attila Hegyeli, president of the jury, Gabriella Gábor and Iringó Mezei teachers. Hereby, the organizers would like to thank for their help. The competiton, initialised by the Hungarian Youth Council (MIT), called “Give me solider, king!” will be organized for the 7th time. Its aim is to promote family-centered view of life and to emphasize children’s role from the family’s and society’s point of view. Until today, more than 3600 participants have joined to this program nationwide. The competition’s target group is IV-VIII-grade students. The mentioned age category (10-15) forms that layer, which is on the threshold of adolescence and assumes a flexible view of life and view of world. The location of the upcoming local level competitions organized for the target group, will be 60 settlements of Transylvania. 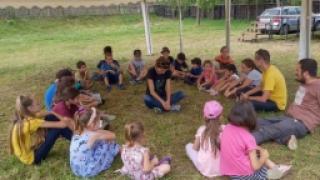