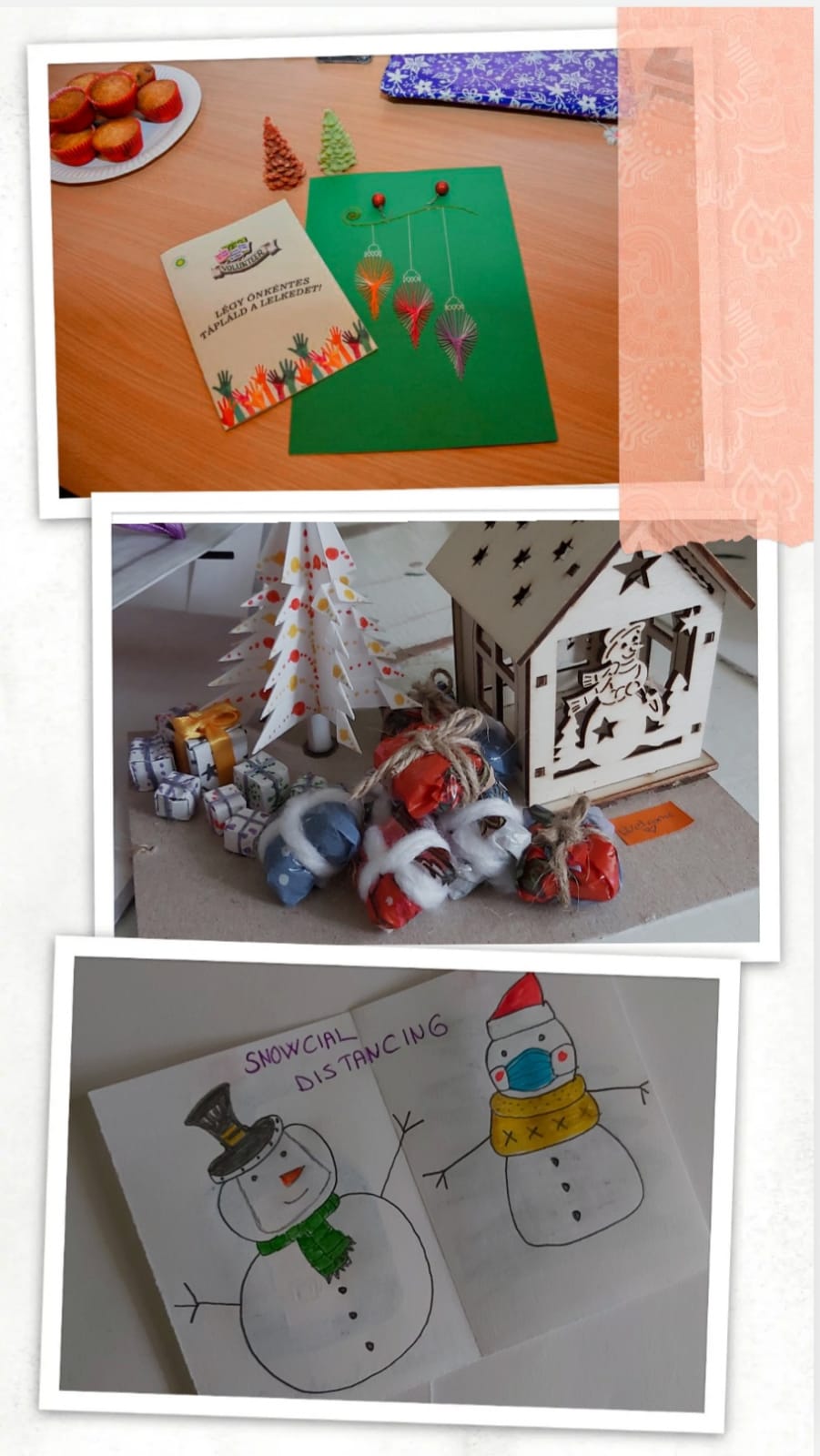 Since last week, I have commuted office and home.Besides, we had important events, and we started  photo contest.

The photo contest began on the 18th December, which was Friday. It was about the the relationship between human and nature. During this day we ran an online photography exhibition. It took place at Culture of House Vigadó.

After that, I made a diploma for photographers, it was not a certificate or offical paper but you ou can consider it as a gift that was given to participants for remembering Green Sun Association. For the Winner they took special prize as well, then I made a calendar using 12 stunning photos that were voted best for photo contest . For more information, please click the link below.

GSA organized a Christmas event on the 26th December(second day of christmas) for local and ESC volunteers, before giving some details about this special event, I want to give some informations about Christmas time in my country (Turkey).

Christmas isn’t celebrated in Turkey on the 25th December in my country it isn't a public holiday, it’s just a normal day for us. Generally Christian’s people will go to Christmas services at their churches for celebrations. But in my country, people celebrate New Year’s Eve mostly, cities and towns will be decorated with lights displays and people decorate Christmas tree at their house.

There are a lot of special New Year's Eve TV shows and just before midnight, there's a big national lottery draw on TV, and loads of firework displays. We have also a traditional game in New Year Eve called”bingo”. Mostly, elderly people play this game.

Secret Santa is a Christmas tradition. Members of a group of friends, family, or coworkers draw random names to become someone’s Secret Santa. Instead of revealing which name they drew participants keep it a secret until the gift is opened at the Christmas gathering. Then, the meantime the “Santa” may leave clues (often in the form of poems) for the people they’re buying for.

We played Secret Santa in GSA Christmas event I was the Santa of Csáki Pálma who is local volunteer of Green Sun Association, I bought a led wooden house and I made an origami tree and gift boxes. My Secret Santa was Kis Emese. She is also local volunteer at GSA, she stitched on paper and put a red pair of earrings on it, she also bought chocolate. I was so happy. It was a nice event.

I wish a Happy New Year everybody!