8 hours for a good cause! – Mooving afternoon

Green Sun Association from Targu Secuiesc successfully applied, obtaining the most points in the program 8 hours for a good cause, announced by Covasna Community Foundation. Photos from the event are available on the Facebook page .

Development of the selected projects under the program took place on March 27 at Orhidea restaurant in St. George. On Friday from 9.00 to 17.00 volunteers worked for the optimal development of projects belonging to Green Sun association, association Vinca Minor and the Community Foundation of Covasna. Thanks to the professional volunteers the Moving afternoon event got a new design and had been enriched with specific tools to attract youth. At the end of the program teams gathered and presented the developed ideas and the present journalists, elected by secret ballot the teams that had the greatest achievements. The three teams received the same score, so each project has earned the right to enroll in Civil auction on April 23, an event that will be held in the new studio theater in St. George. The executives thank the organizers and to Meder-Mednyánszky Emese and Bereczki Ágota. Photo: Toró Attila 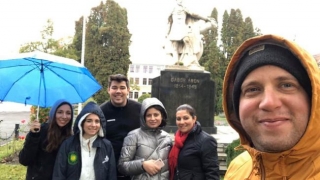 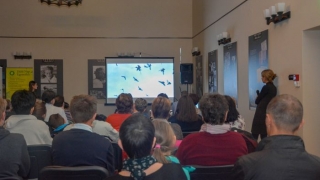