The adventures of a boy in Nagyvázsony 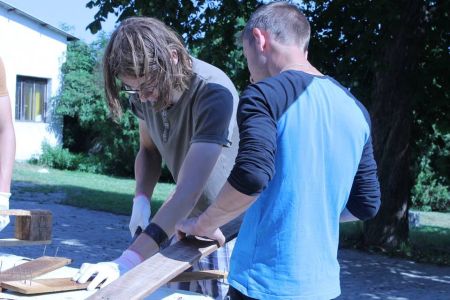 My name is Gáll Barnabás and I was born in Gyergyószentmiklós (Harghita county). Last year based by a sudden decision I went to Hungary to work as volunteer at Fekete Sereg Youth Association from Nagyvázsony. So this is how on 29 March 2016 I took the train witch took me in Hungary with the aim to experience new things and learn something about me too.

After my arrive I jump suddenly in the activities of the organization: I had take part in one event, where different nations had presented their cuisine and I translated on English the speech of one Transylvanian girl, about our foods in general. The next day I participated in one river cleaning action, what yearly organize the association. Moving next to the river we walked till the next village. I consider this was an active beginning of the stage, and in the following months I also had a lot of activities.

The main objective of my project was to edit the newsletter of the organization, to record the voices of the village and to implement activities with youth.
Mainly the newsletter was written by me and I also record different voices of the village: small concerts, ukulele workshop, or Hakuna Matata, interpreted by one of the local children. It was great to work with children’s , we played social games, I teach them to draw, I translated for other volunteers, or even I carried the piano. I was also I contact with other foreigner volunteers, from Estonia till Kenya, having the opportunity to learn from their culture, habits.  For example I learn about political situation of Nepal, I hear the Estonian beautiful language, witch sounds like the songs of the aliens to me and not at least I learn  how to make the Italian carbonara.

I also fall in love of Balaton. Once I bike till there from the village, although the way back was not the easiest one. I swim in it during summer, I skate on it during winter, witch was unforgettable.
My mentor was Gyovai Ferenc, and he did his job extraordinary. We helped each other, he supported me in my activities, he supported me, when I literarily went down and he never let me to forget that I am on artist. I learn a lot from him, and I am sure if he would not be my mentor, the things would be the same way between us. My sending organization was Green Sun Association from Kézdivásárhely, they made all the official work in the project. If I would had any problems during my stage, they would be there, luckily I never had problems.
The truth is that the volunteer service gave me much more then I was expecting from it. I see a bit clearer now the world and myself, I am able to do more things, and my aims for the future are clear now.
I am grateful for the opportunity, and for my hosting organization, the Fekete Sereg, and for the work that I need it to do. 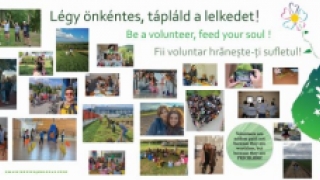