The Green Sun Association and the Vigadó Cultural Center cordially invites you and your guests to the awarding ceremony of the “Animals in nature” photo contest and to the opening event of the exhibition compiled from the received artworks. The works of the 86 competitors can be viewed here.

At the end of September the photo contest called “Animals in nature”, organized by the Green Sun Association, has come to an end. The aim of the project was to draw attention through the photographer’s works to the close relationship between animals and nature, to the beauty of this relationship and to the importance of the preservation of our values. The Association received several valuable, exciting and novel designed works. We would like to thank to all amateur and professional photographers, and to all interested volunteer’s application, who had contributed with 238 photographs to the success of our photo contest, announced between 25th August – 25th September 2013. The photographs were/are evaluated by the 4 members of the jury: Bede Gábor, Nagy Lajos, Kelemen Gábor and Vetró András. The rewarding ceremony will take place in the small hall of Vigadó at Kézdivásárhely from 18:00 PM on 8th October 2013. There will also take place the opening event of the photo exhibiton compiled from the best works of the contest. On the exhibition will participate the best artworks choosen by the jury. The 40 best entries will be available electronically from 5th October on the followinglink . 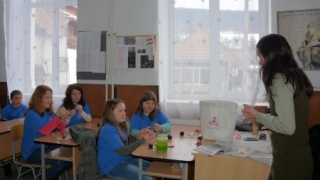