Bike for a good aim – charity event on bycicle

Community Foundation of Covasna in partnership with the Green Sun Assocition and Kézdivásárhely Municipality organized a fundraising action, where from the registration fees, and various civilian, companies donations, organizers will build a playground for kids. The playground is proposed to be inaugurated on the the city days. Photos from the event are available on the association's Facebook page.

Around 700 cyclists participated in the event, most from the New Fashion and Zarah Moden, Secuiana, NEXXON, Senso companies. Cyclists during the event between 5:20 p.m. and 8:20 p.m. made totally 1978 tours, 8042 km, so instead of the proposed amount of 7000 lei they managed to collect 17845 lei . The money will be used for the playground. This means that we can provide a pleasant place for all family members. The cyclists were riding to raise money for a playground for small children but this amount is enough to have elements for older children's too. - said Ms. Kinga Bereczki, executive director of the Foundation. The winner of the bike was Séra Levente. Kovács Tihamér and Czifra József and earn 300 lei as they pedaled the most, 14 laps (70 km). 300 lei prize was offered by Rotary Club from Targu Secueisc and the bike through Senso company by company Neuzer in Bucharest. Attila Ráduly president of Green Sun association said that the event took place without major injuries, and the event had a record number of participants. The oldest participant was Gyenge András aged 85 de years. Author: Tibor Kertész Photo: Celine Berthier and Clara Sanchez Bejarano 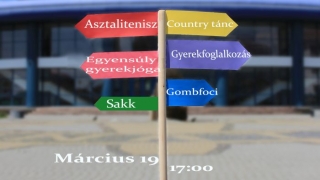