While autumn leaves fell down and the sun shined outside, the Green Sun Association together with Sport Office gave to children and elder people the chance to test their skills in the Ping-pong championship which took part last Wednesday in the Sport Centre. Around 40 people came to enjoy a different afternoon in a good atmosphere where beginners and advanced players had they own space to demonstrate their ability hitting the ball.

The small children started before with the technic of bounces the ball in order to encourage them for future as they are not able to play a match yet. Some organization members were the jury counting how many hits they did. Thereupon the more advanced children who are usually coming to train to the Sport Centre every week put in practice their knowledge competing each other under the supervision of the jury. When the matches were over, full of emotion, the winners received the medals, for the winners, and one diploma to every participant.

But ping pong is not only a children game, therefor the adults had the opportunity to demonstrate their ping pong sills and, after the children time, around 10 adults enjoyed competing each other with some talent and exciting matches spread over the various table tennis. Like small ones, adult people receive their diploma and corresponding medals.

This often event gives the chance to test with other people the ping pong improves, giving for the winners the respect of the hard work, and encouraging the losers to keep training until the next championship.

More pictures of the event here. 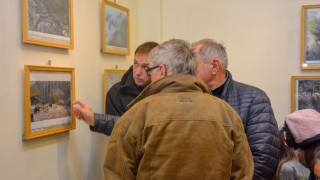 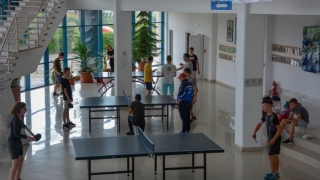