Just in the forest- in Zabola camp school!!! 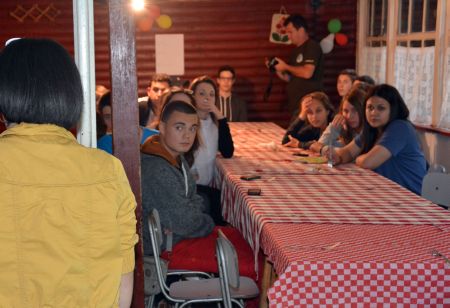 14th of June 2016 Green Sun Association went in Zabola camp school. It was a very beautiful place just in the heart of the forest. There were 19 children, 15-16 years old from Saint George. During our meeting Ráduly Attila spoke about the recycling book of the association which is called “Think Green! Color the life” (Gondolkodj zölden! Színezd az életed). Some photos of the event are available in the GSA Facebook Page.

Also he spoke about European Voluntary Service. Children were interested-how they can apply and when?? After me (Zhenya Ohanyan), Silvia Blanco Gonzales spoke about all good things, which is giving EVS.  Also we spoke a bit about our countries. For children everything was new- they even didn’t know where is Armenia. When I say were it is and which country are bordered with him, they knew only about Georgia and because there was born Josef Stalin…))) I also teach them some Armenians words. Silvia spoke about Spain. For children was interesting Spanish language. Also Silvia presented her presentation about plastics which are dangerous for ocean as in  8th of June was the oceans world day. For make plastics much more endanger is good to recycle them.

At the end they invite us to a tasty dinner..)) 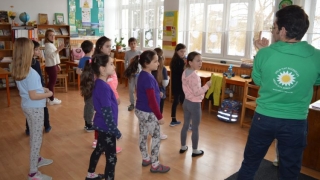 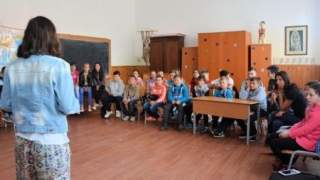