On 13 November, 2014, the Green sun Association together with the Sport Office and Ping pong School organized a competition of ping pong for kids and youngsters in the Sport center. 30 kids participated from different ages between 6 and 13 years, but also some younger and older age. Photos from the event are available on the association Facebook page.

It was separated in different classes depending on the gender and the age. In this way, we made grades each two years, and gave medals for first, second and third position, and diploms for all of them. The winners from each classification are:
Boys:

Is a good way to appreciate the effort of the kids and to promote the sports between the youngest people in Kezdi. A strong and healthy mind resides in a strong and healthy body, and we start to cultivate it since we are kids. Congratulations for all of you! 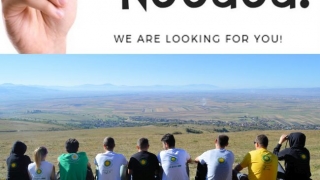