Cycle tracks only next year

The Environmental Facility has invited applications regarding the development of cycle tracks inside the cities. Local governments could also assign to the contest. In County Covasna the governments of the cities Sepsiszentgyörgy and Kézdivásárhely assembled the tender dossier. The deadline of the project was 20 August, but on 9th Aug. the council has testified that the founds assigned to the project ran out, so the city could not further participate in the competition. Also on the 11th August meeting, Mayor Rácz Károly said that: in their knowledge a similar tender will be announced next year when the city can properly participate. The idea to build cycle tracks was firstly enhanced by the Green Sun Association along with other civil organizations. We have interviewed on this topic Ráduly Attila, President of the Green Sun Association. “On the autumn of 2009 we’ve organized meetings with other non-governmental organizations where we discussed about the need of cycle tracks in Tg. Secuiesc. We’ve forwarded our points to Mayor Rácz Károly, to Deputy Mayor Szarvadi József, and to 3 councilors from both RMDSZ and MPP parties. At one of our meeting the mayor and three MPP councilors were present who promised that, on 2010 spring they’ll start preparing the necessary documents in order to build the cycle paths. On 2009 October along with Vizi Attila and Bartha János, employees of the city council, we’ve planned a way where the track could go. A map was made but afterwards no further steps were taken in the case. On September 22 2010 on the Car-Free Days within the Critical mass program we wanted to attract the city council’s attention to the importance of the cycle tracks, so we’ve demonstrated on the busiest streets with slogans like: “We want cycle tracks!” But nothing happened again, and at January this year we became aware of a similar competition just like last year. We gladly take part in the organization of events towards improving our city and environment. We also have good relationship with the city government. A good example is the Spring Green Days event, when we have planted 1153 trees all over the city, but sadly this year the second spring event didn’t take place. The city council has signed up to a competition made by the Hungarian Corvinus Zrt., together with the silviculture of Kézdialmás and the Green Sun Association. The tender dossier has been judged positively, but the council at the last minute didn’t approve the planting of 8700 trees at an unused pasture. The project was sent back for reconsideration to the city council two times in a row, but they didn’t approve it. The 520.000 HUF administrated for the project had to be returned to the Corvinus zrt. We truly want to take steps in favor of our environment, but if the council isn’t on our side, than I cannot see further development. We will ask for the cycle tracks henceforward, because we won’t let the promises to go out of mind. It’s sad that the tender dossier wasn’t ready in time this year. But for next year competition Tg. Secuiesc will be one of the first who will apply, because it’s a fact that we do need cycle tracks.” The interview has appeared in the Tuesday number of the Székely Újság newspaper. 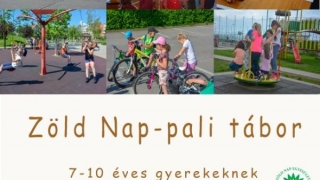