During 10-13 May the yearly organised KSE-days were organized for the 11th time by the Mayor’s Office of Kézdivásárhely and the Sport Association of Kézdivásárhely. The photos about the event can be viewed on the Green Sun Association’s facebook page.

At the KSE-days the Green Sun Association also participated. On Saturday they set up a tent at the event’s venue. The tent included green games, counseling and voluntary recruiting. The Nemere Trail and the European Voluntary Service had been presented. The European Voluntary Service (English acronym EVS) is about participants (aged 18 to 30 years) carry out voluntary work from 2 to 12 months at a non-profit organisation in a European country, different than their resident country. During their work they gain work-experience, they learn foreign languages, and they can learn about the host country’s culture. The main part of the promotion of the event was undertaken by Gayane Asatryan and Ieva Brikmane EVS volunteers who are actively practicing in the guild city. Attila Szabó, the secretary of the Green Sun Association said that 50 people, from different age groups, had got involved in their programs, such as origami, compost toto and waste collection quiz. 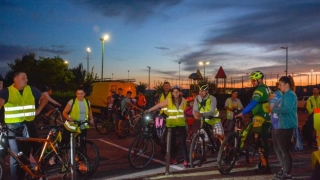 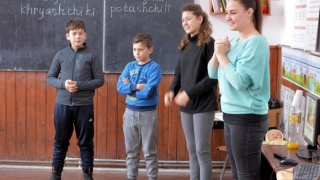