How to develop the childrens talent 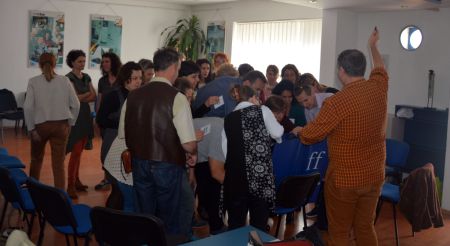 Photos taken during the training can be viewed on the Facebook page of the association.

In the training participated Ráduly Attila, president of the association, Eniko Hodor and Györgyjakab Boróka, teachers, and Derzsi Katalin voluntar. The program consisted of a training in St. George between April 22-23, organized at AMOBA Foundation. Participants could listen basics lecture about promoting talent presented by the program coordinator dr. Lászlo Balogh and dr. habil Dávid Imre professor at the University of Debrecen. The training had 16 hours, witch contains the practical part too. This training was followed by a stufy visitin Hungary in May, at Debrecen University and at Bethlen Gábor Reformed School in Törökszentmiklós, representing a milestone in talent management. During the visit at  Törökszentmiklós school participants could see how activities are conducted with talented children in differentiated groups. 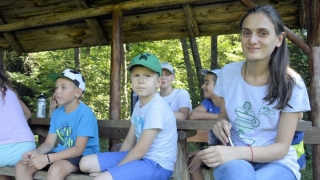