On Sunday afternoon, almost 230 children's picture, waited the interested audience of Targu Secuiesc Vigadó small hall „ILYEN LESZ A FÖLDÜNK, AMIKOR NAGY LESZEK” opening ceremony. Among the candidates, there were who traveled a long way to participate at this contest, from Beszterce and even from Bereck arrived great drawings. Photos taken at this event can be seen on the facebook page of the association.

Those who decided to join us in that event, they took part in a compact, well-organized program, and they could see a colorful exposition, with an optimistic vision. After watching those better and better, with different technique made, imaginative drawings from the candidates, they were greeted. Then the focus shifted to adults, since the education of children is in their hands. Cserei Izabella, a Pro Pectus Association colleague, told us a clear message, "we live here, and here is where we need to protect our environment”, then Sütő Mária Rita, president of the association highlighted the drawing competition objectives and talked about the role of family support. Ráduly Attila, president of the Green Sun Association, presented Nemere Trail green way, as a simple and available option even for families with small children, and spoke about plans for development. Györgyjakab Boróka jury member appreciated the drawings. After the presentation, Farkas Szidónia gave back the word to the children, the main actors of the event, who have been anxiously waited the award ceremony. Even if not everybody could received a prize, name of all participants has been said because they all contributed to making the show more colorful, more beautiful. Anyone who does not believe, can check until Friday (April 27), photographs from the exhibition can be seen by Szabó Kriszta, and maybe you can feel that atmosphere. This competition was initiated by the Pro Pectus Association with the collaboration of “Green Sun Association”. Our goals included raising awareness, and trying to offer”green” leisure activities. Many Happy Birthday EARTH Author: Bodó-Czerék Erika 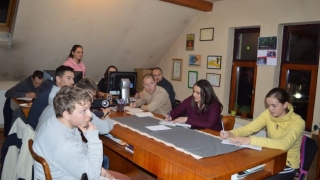 Russian club with Salome and Mariam 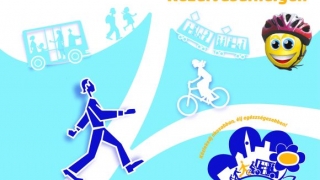