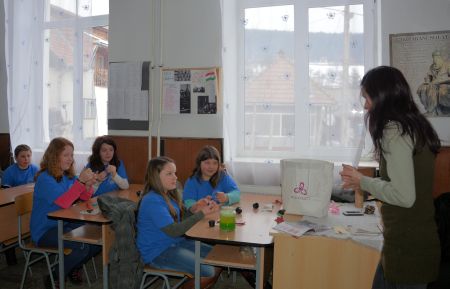 Leaving behind the break between semesters, students in Petriceni school began enthusiastically the activities organized by Green Sun Association. On  February 14, the main theme was focused on nature, creativity and recycling. Photos are available on the Facebook page of the association.

Students at first became familiar with the flora and fauna specific to our region, during which Enrique De Paz Miquel conducted a little test, which measured the level of knowledge of children in this domain. So they had the chance not only to learn about the animals and plants of the region, but have enriched their vocabulary too.
After they participated in a series of interesting experiments that can be done in any home, the basics being found anywhere. Experiments were ... . an egg in freshwater and saltwater or "lava lamp".
Green Sun association activity ended with handcraft, by making a small elf from coffee capsules and newspaper. 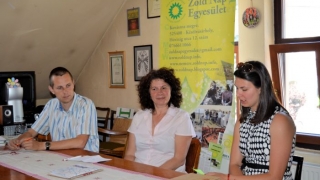