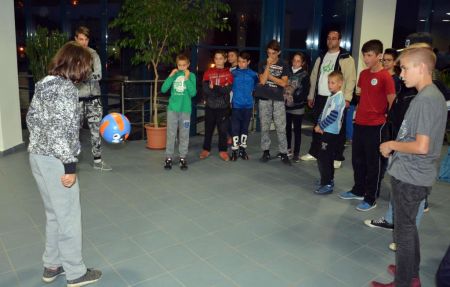 Green Sun Association in partnership with the Sports Office of Kézdivásárhely and Button Soccer Club held on October 6 for the eleventh time  the Moving Afternoon. Photos from Thursday are available on the Facebook page of the association.

At the event organized in Polyvalent Hall participated arround 100 people including children, youth and adults alike. Participants had the chance to play table tennis, soccer with buttons, run and last but not least to know the art of Tae-Bo under the assistance of coach Sándor Tankó. The programs were concluded with a colorful ball contest, where young people competed in various categories, so the winners were: Tódor Nimród, Szabolcs Banffy. The afternoon event is aimed on the active involvement of youth and families in sports activities in the region, programs being constructed in this way.