The organization of the year 2015 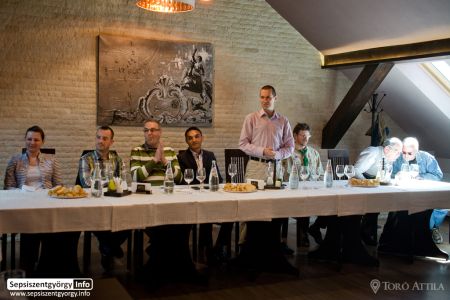 Civil Federation of Covasna County has designated the NGO of the Year 2015 at a ceremony on 13 April 2016. The prize has more than a moral virtue, wishing to distinguish civilian organization which in 2015 who contributed to community development in Covasna county. Publisher T3 offered a voucher of  1,000 RON for the winning organization that can be used during 2016 for carrying out different promotional materials.

Jury members this year were board members of the federation Mrs. Hubbes Kinga - from Caritas,  St. George,  Kotta László - from the Puskás Tivadar Foundation and Papucs András - from the Association Siklo. The three reviewed the applications through the following main criteria: the applicant experience, operating capacity / results of the project, the added value achieved by the project, the directly and indirectly target group of the program, effectiveness, efficiency and the possibility of reproducing the project. Seven proposals were received from seven non-governmental organizations in Covasna. Representatives of the projects implemented during the ceremony had the opportunity to briefly present their programs.

Green Sun Association received the award for development of the park Molnár Józsiás in Kézdivásárhely. The program included changing plastic trash bins, placing seventeen bird houses, outdoor activity organization. The program is considered a true collaborative community, which was attended besides the local government and its institutions associated Association of Women in Kézdivásárhely, Manna Christian Association, Association Pro Schola, Bod Péter School in Petriceni and townspeople were involved. Unfortunately some of the work has already fallen victim to vandalism, noted Derzsi Katalin project responsible, but it is currently working to develop new projects to address the situation created.

Second prize goes to Kormos Association from Filia. This award is an encouragement to associations and civil initiatives in rural Covasna. Edit Varga, summarized the results of the 2015 program, entitled In the steps of great szeklers. At the same time she talked about a future project by making a map  in the center of Filia, which contains all the local attractions.Third prize was the MOIRA Youth  and Cultural Association with a Flow Festival.  Flow Festival was held in St. George, on the anniversary of 10 years of the band M-Studio. The festival brought to St. George actors and theater professionals and contemporary dance.

Aranyliliom Association, Association Bolyongó, Mihai Viteazul Foundation and the Association Pál Utcai Fiúk deserve recognition for their applications submitted. As part of the ceremony, they received word candidates and representatives of associations can be said that the core of the whole civil Covasna County is a result of volunteer work, full of energy.

In 2013 it was awarded the Community Foundation in Covasna, for inserting the community, in 2014 the Association of Hungarian Youth in Transylvania branch Kézdivásárhely for achieving extensive campaigns for the use of bilingualism and the 2015 Association Bolyongó színház Egyesület won for their cultural , educational and social locally, nationally and internationally. 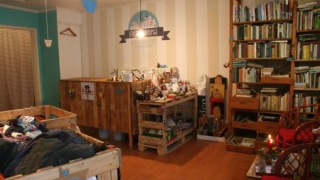