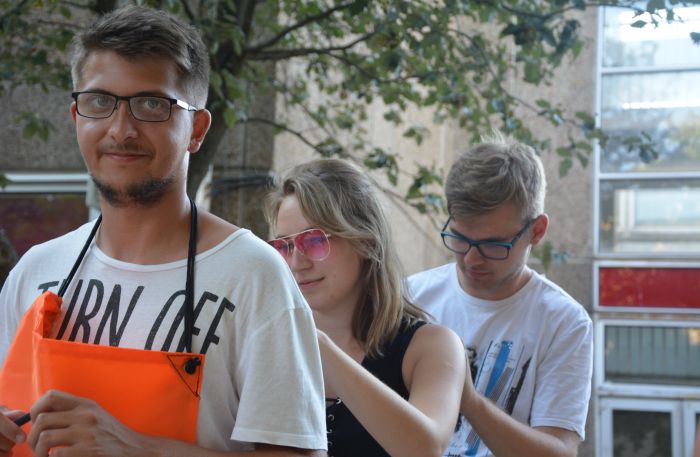 The Green Sun Association offered a new opportunity for young people from Targu Secuiesc, to participate in the program RISC, with the support of Erasmus +. The youth exchange took place in Kecskemet, the seventh largest city in Hungary. Photos from the exchange can be viewed on the Faceboo page of the association.

The participant nations were Greeks, Turks, Ukrainians, Macedonians, Portuguese, Hungarians and the youngsters from Tragu Secuiesc region. The team from Romania was represented by Tuzson Helén Diána, Klára Kamilla, Balogh Ákos, Dáni Eszter, Kovács Tihamér, Derzsi Katalin and Ráduly Attila. The accommodation was in the center of the city in the Leovey Klára College. Here the nationalities stayed in mixed rooms, bringing the different cultures closer together.

The breakfast  was  in II. Ferenc Rákóczi Elementary School, in one of its classrooms, lunch and dinner was served in the four-star restaurant Harom Gunar.. The primary goal of the exchange was to get the participants to get to know each other and get closer. The organizers made different games that were fun and useful. The communication between the different ethnicities was English. In addition to the compulsory programs, there was free time every day, and the evenings offered a good opportunity to get to know each other.

The first day was about to know each other, playing games that made it easy to memorize each other's names. For example, to whom you throw the ball, you had to say the name. In the coming days we have solved creative tasks. One such innovative task was to create a whole new imaginary country "Everywheria", to invent its capital, hymn and flag. The purpose of these programs was team building, during which we worked together so we all felt that we played an important role in that group. Of course, this was also done in English, so a new way of developing English language learning and speaking skills was opened. By the end of the program we formed a cohesive "family", we earned new friends, we became one, because such a program offers an opportunity that we can not experience at home in our comfort zones. So, you do not have to be afraid that you can not speak English so well. You can not miss the opportunity because sometime the obstacles help us succeed. We came home with lots of experience and fresh knowledge.

The participants thank the Green Sun Association, the Open Eye Association in Kecskemét for the organization and the opportunity to participate in the program. 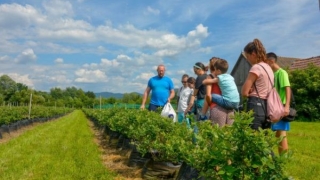