From 23 till 29 March Zsolt Kelemen, Ráduly Attila and Katalin Derzsi attended a training seminar entitled Roots finding ... Poverty fighting in Kalamata Greece. The three were representing Green Sun Association from Kézdivásárhely.. Photos from training are available on the Facebook page of the association.

The training was attended by 12 countries: Greece, Romania, Croatia, Italy, France, Lithuania, Latvia, the Netherlands, Bulgaria, England, Spain, and the Czech Republic The program was implemented by cooperative Prosehos and funded by Erasmus +. Being convinced that, in the current international conditions, social and economic promoting sustainable lifestyles and traditional and motivation of young people with respect to use natural advantages of the region in which they live, could be a significant parameter in the fight against poverty. But how can we use them as such? How can we involve young people with fewer opportunities? What is happening in other regions? We could adapt new ideas? We sought answers to these questions during the days spent in Greece using non-formal education methods. We exchanged ideas, experiences, we tried to find ways to succeed them and put into practice the learned. On the occasion of training not only that we have become richer in experiences, but we learned in a rich cultural environment to become more tolerant accepting differences between us. Author: Derzsi Katalin 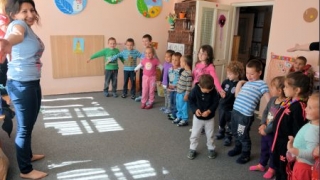 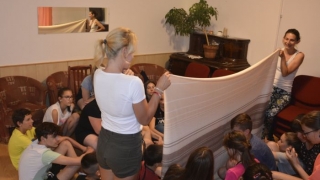