On January 3. 2015 was held the first charity event, during which volunteers from Kezdi.info and Green Sun association prepared and distributed free food in downtown Targu Secuiesc. The ingredients used by volunteers were exclusively local and were bought from local producers in Targu Secuiesc and surrounding villages. Photos from the event are available on the Facebook page of the association.

Here's the recipe: Make caramel from sugar on medium heat then add milk and semolina after taste (depending on preference and desired consistency). After it s ready add some roasted nuts and is ready to be served. During the event volunteers prepared 170 portions, which were distributed in the center of the city and at the psychiatric institution from the Vasút Street. Local ingredients that remained unused were distributed at the end of the event. We recommend the preparation of the meal at home too, it is easy to prepare and the ingredients can be bought in the local market and not at least is very cheap. Organizers say thank you for help to the volunteers, media partners, and too Kertész family from Szentkatolna for the milk and announce that they already started preparing to organize the event in 2016 too. 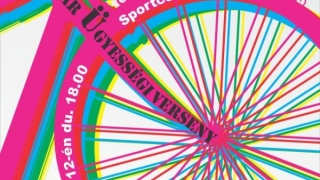