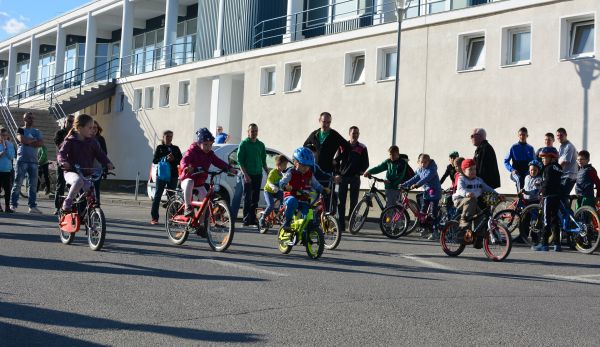 The Green Sun Association's traditional programs include the Spring Green Days, which were organized for the ninth time between April 20-22, 2018. Maybe in March 2010, the organizer would not think that the event will be organized more times, but due to its success and the perseverance of the organizing team the event is present in the local community life since then every year. Photos are available on the Facebook page of the organization.

The aim of the event, scheduled on the Day of the Earth is to form the environmentally conscious mentality of the inhabitants of our community. The three-day event began at noon on Friday at the association's office, where the association's leaders welcomed all the young people interested in the European Voluntary Service program. The European Voluntary Service is implemented under the Erasmus + program, which is supported by the European Commission. The day continued with sport, the volunteers of the association, together with the sports office, organized an amateur table tennis champion for everyone who loves table tennis. The event was hosted by the Sport Center where more than forty people registered. Table tennis championships is organized periodically by the organization in different age groups. This time, boys and girls had compete in a separate category, measuring their table tennis  skills on six tables. After several hours of battle here are the final results:

Afternoon beginning from 18:00 a clock in partnership with the Sports Office and Kendu Association next to the Sports Center, organizers invited everybody to a bike racing competition, in more categories. The best ones were awarded with diplomas, coins and small gifts. Here are the winners:

On Saturday morning, the series of events continued with the irrigation of the trees planted in honor of the Reformation in the new Calvinist cemetery in Kézdivásárhely last year. Beginning from 17 a clock in the Vigadó Cultural House had take place the book lunch Háromszéki Memorial Trees, written by Kis Emese and the picture exhibition of Ravasz Erzsébet, amateur painter. The picture exhibition is available to viewers till the middle of May. Ravasz Erzsébet is a mathematician and amateur painter currently living in Cluj. Following the tradition of the event, Sunday  took place  in the spirit of the conference.

The invitations and presentations were arranged to meet the needs of the target audience in the fields of environmental protection, health, tourism and aromatherapy. The Sunday conference started by the songs of Kamilla Klára, student of Bod Péter High School. The first presentation of the conference was held by Csaba Dósa about eco-tourism on Earth Day. The geographer Csaba Dósa is simultaneously interested in the fields of nature and social science.

Csaba Dósa's projected-image presentation was followed by Hanna Dombai's recitation, followed by Lajos Berde who described the WolfLife- The Best Practice for the Conservation of the Wolf (Canis lupus) project in the Eastern Carpathians. Lajos has been nature-friendly since he was a little child, and then the faith bring him on the bumpy and winding path of environmental protection, where he works in the present as well. He believes that wolves know more about man than people about wolves, and he believes that the time has come for us to reach the level of wolves, so we can use that knowledge to ensure their survival. Lajos Berde was followed by a poem recited by Nóra Biró, followed by the presentation of Herbszt-Simon Eszter's aboit healing scents. Eszter, has a master degree in communication and public relations since 2010, after that year she got married and started to grow his little family. Essential oils was slowly built into the life of a small family - the story began with eight mini bottles. When therapeutic quality essential oils, safety, and continuous learning was embedded in her everyday life as a mother, she has become more and more curious about how it can be used to maintain the balance of body, mind, and soul. After a short break , Kis Emese teacher, employee of Bod Peter Teacher held a presentation about The presence of the trees in the folk tradition. The idea of discovering and marking the memorial trees was formulated in Emese in the year of the millecentenary, so she focused primarily on the Millenium memorial trees, and then extended to the Elisabeth Memorial Trees. Dr. Herbszt Ödön spoke about the importance of dental hygiene. The dentist graduated in 2010 at the Medical University of Târgu Mureş He is constantly interested in new areas, so he recently received the Implantology Competency as well.

Csaba Bardócz, the Reformed pastor of Ikafalva, paid tribute to the Reformation Memorial in a very special way last year, whith the "ReforMaraton 500", which was rightly called a missionary trip. The idea of the running belong to him and to Gábor Juhos marathon runner. In 500 hours, the 95 Thesis written by Márton Luther 500 years ago were taken to nearly 200 settlements, running 10-20 kilometers a day. In the presentation, he spoke about the lifestyle changes that can be easily and successfully changed to physical performance beyond the usual daily routine. On Sunday conference had singed Kamilla Klára and Béres Erika, and recited poems Dombai Hanna, Kicsi Kincső Kriszta, Bíró Nóra and Tofan Maja. On this occasion they say thanks to their teachers Kis Emese and Giligor Zoltán for helping them to prepare properly.

The association expresses its gratitude to the sponsors, partners, highlighting the local government, the Vigadó Cultural House, the Erasmus + program and all the volunteers who helped in the implementation of the event 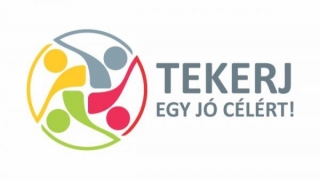 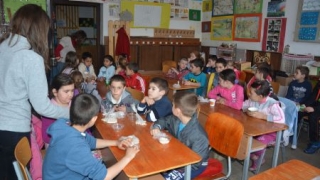