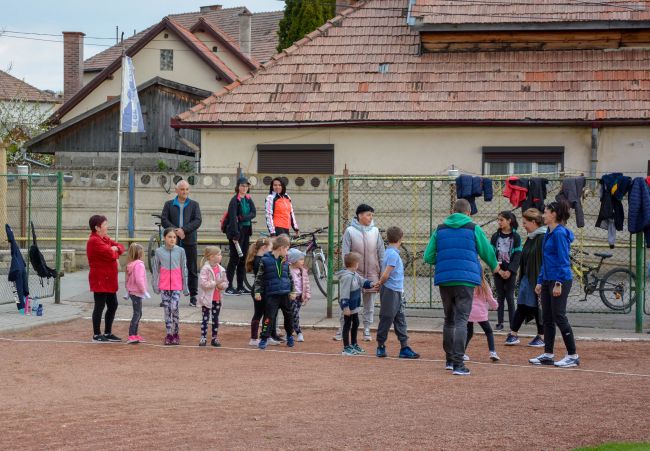 We organized a family run - KSE days the Green Sun Association and the Sports Office of Kézdivásárhely organized another running day during KSE days which held place of the Sinkovits Stadium on May 4th. Photos taken at the event can be viewed on the association's Facebook page.

The point was again on movement, staying in the open air, except that this time the announcement was primarily for families. At Wednesday afternoon, 98 people felt that they would connect the pleasant to the use of the pre -rain sunshine and take a few rounds to keep their health. In addition to the sporting experience, the organizers also offered free entertainment programs, increasing the atmosphere of the event. Congratulations to the winners in several categories. Most families (Szigyártó family) and the largest families were awarded a special prize. The youngest participant of the run after the run was Kocsis Kamilla, while the oldest was Ilona Szabó, 82. The organizers thank the present for their participation, the supporters for their help.