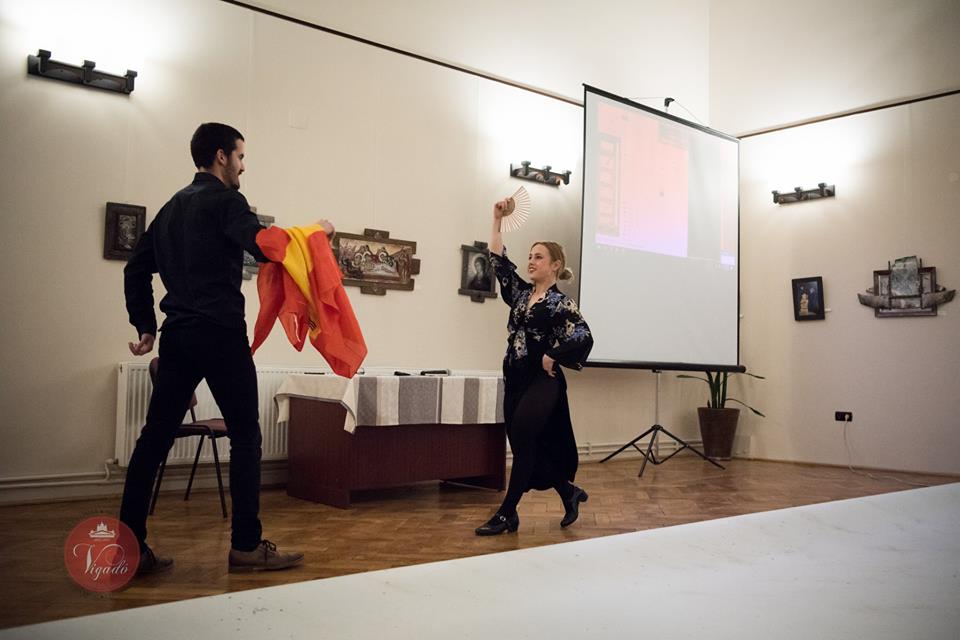 On february 12  in Vigadó cultural house was held the Spanish event by Miguel and Carmen. It was a colorful, cheerful and friendly event where around 65 people attended. The event was around one hour and half, part of it was in english but we could listen Spanish as well. Derzsi Katalin translated both languages to the hungarian people.

The programme started at 18 o'clock with a little Spanish history about Miguel and Carmen and their roots. The people could  find out more about the protagonists and their lives. The event continued with a "pasodoble" song and dance typical for Spain, this type of dance represent charisma, passion, intensity and force. The spanish culture, history and traditions were the main topic during the event. How different  is Romania from Spain?, How much official languages  are in Spain?, How many parties are held during the year in Spain? How much different climates Spain have? How much territories they have?  and more interesting question that Miguel and Carmen could explain step by step.

Spain have around 47 million of people, and among all this people there are so much differences depend where they live, east, west, north or south...They wanted to show us deeply, how are this differences, speaking about their origen. Elche (Alicante, Community of Valencia), the city where they were borned, hide a lot of misterious, different local parties, customs which only happen in Elche. They grew near the seaside and also spoke about how much different is to live now in the mountains.

The food was the second main topic, in Spain there are a great repertoire of traditional food, seafood, nuts, legumes, fruits...They present the main traditional Spanish dishes and the people could taste some of this food made by them. Outside the room were preparated two type of food, salty choice or sweet choice. Bread with tomato and garlic souce and for the sweetest rice with milk with  little pieces of cinnamon.

To end the event, people from the public could participate in one of the most famous dance in Spain, "Paquito, el chocolatero". This dance consists making the people enjoy, normally everybody dance in a big events in Spain like weddings, birthdays, big ceremonies...

The final words from Miguel and Carmen were: thanks to everybody who make it possible. They were so glad with the final result and hope to repeat again this type of event and activities. 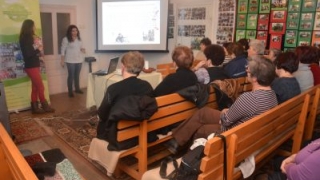