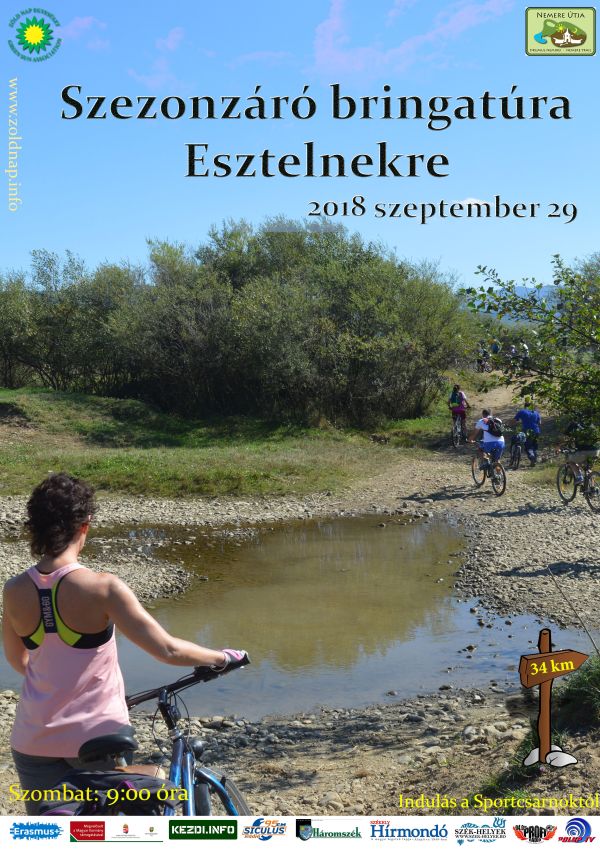 The Zöld Nap Association organizes on 29th (Saturday) September 2018 the  last bicycle tour of this year. On the occasion of the tour, the following localities will be reached: Târgu Secuiesc - Sânzieni - Poian - Belani - Estelnic – Valea scurta - Belani-Poian - Sânzieni. The bicycle tour starts at 9.00 in front of the Polivalenta Hall in Târgu Secuiesc. The aim of the bicycle tour is to join the "Walk in the village of Estelnic" organized by the cluster "Tegyünk Kézdiszékért".

Required equipment: clothing according to weather, sandwich and pocket money according to your preference, bike in good condition, equipped according to the legislation in force. We await all the participants with love. People under the age of 14 can only participate with the parents' written consent. The bike tour will have 34 km. Information at no. by phone: 0766.6611066, Ráduly Attila. In case of bad weather the bike tour will not take place. Participation is free of charge.